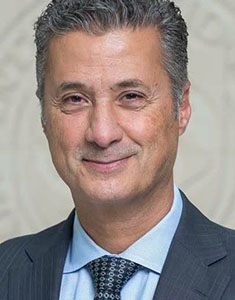 The Euro-Mediterranean Network for Economic Studies – EMNES, is honored to announce that Dr Ralph Chami joined the Advisory Committee of the Network. Dr Chami is currently Assistant Director in the Institute for Capacity Development (ICD), International Monetary Fund, where he oversaw the development and implementation of the internal economics training program for all IMF economists as well as the revamping of the Institute’s external training program for officials from member countries. Most recently, he was Assistant Director and Division Chief in the Middle East and Central Asia Department where he oversaw surveillance and program work on fragile states: Egypt, Libya, Somalia, Sudan, South Sudan, and Yemen, and was Mission Chief for Libya and Somalia. He is the recipient of the 2014 IMF Operational Excellence Award for his work on Libya. Previously, he was the Chief of the Regional Studies Division, where he oversaw regional surveillance of 32 countries in the Middle East, North Africa and Central Asia regions, and the production of the Regional Economic Outlook.