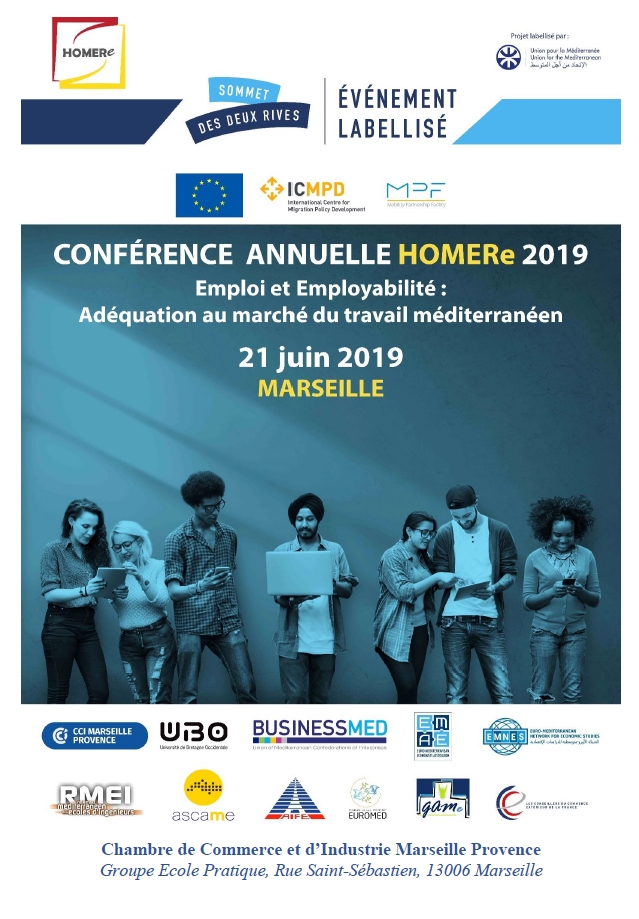 The Annual Conference of the project HOMERe for 2019, took place in Marseille on 21 June 2019 under the theme “Employment and Employability – Adequacy to the Mediterranean labor market”.

The Summit of the Two Shores, is an initiative of the French Republic to strengthen ties between the two shores of the Mediterranean, bringing the 5 + 5 countries together (Portugal Spain, France, Italy, Malta, Mauritania, Morocco, Algeria, Tunisia and Libya). On 23 June 2019 on Marseille, the Ministers of Foreign Affairs of the 5+5 countries signed the “Commitments for a new ambition in the Mediterranean” in order to implement the projects the civil society suggested and provide a collective response to the common challenges in the Mediterranean.