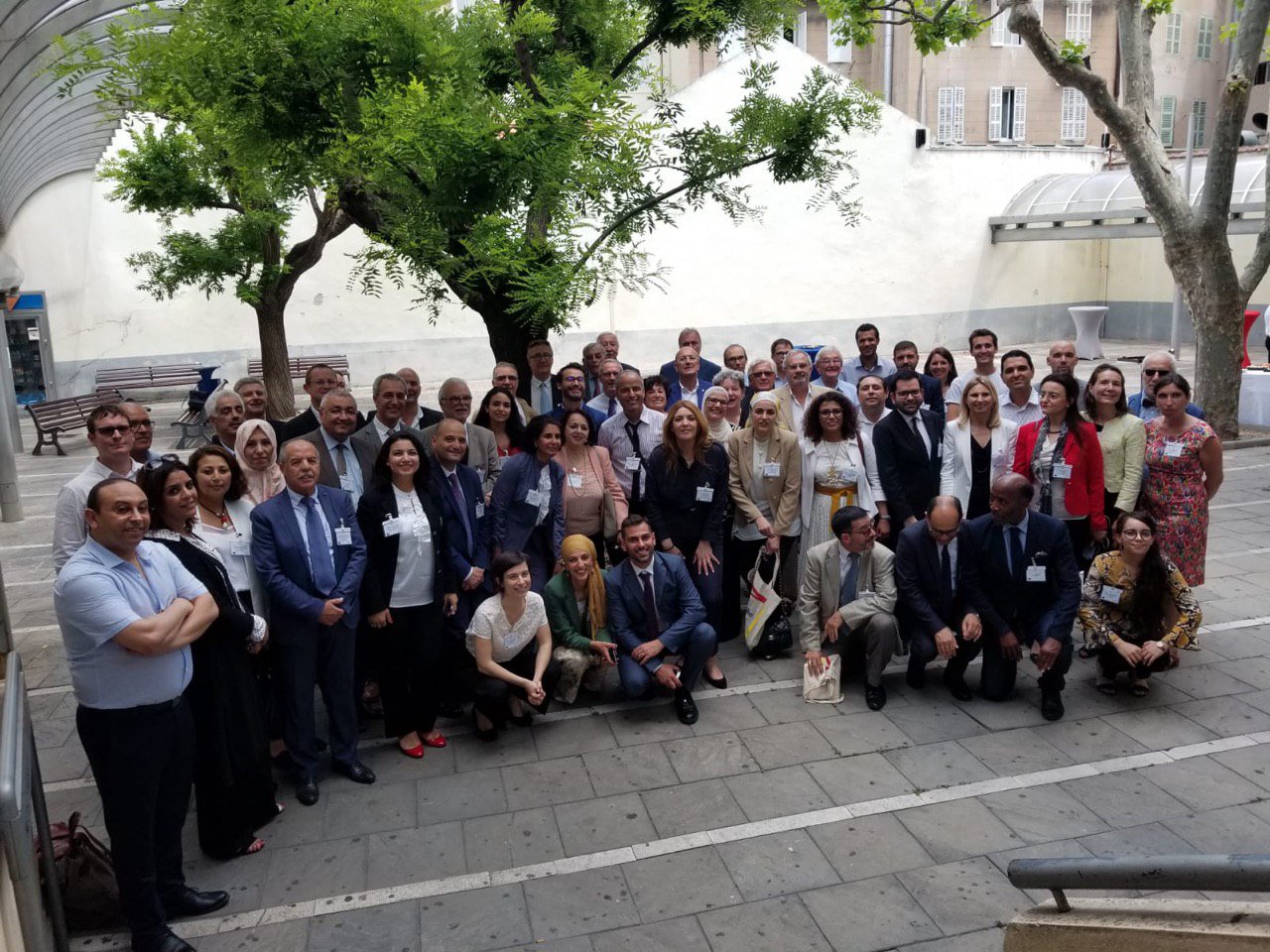 The Annual Conference of the project HOMERe for 2019 took place in Marseille on 21 June 2019 under the theme “Employment and Employability – Adequacy to the Mediterranean labor market”.

Prof. Ayadi also participated to the second Round Table “Regional Integration and Generating Jobs”, which was moderated by Jihen Boutiba, BUSINESSMED and Abdelsam Mamoune, UBO, along with Roger Albinyana, Director of Mediterranean Regional Policies and Human Development of IEMed and member of EMEA Expert Panel, Patricia Augier, President of the Scientific Committee of FEMISE, François Hequet, Deputy Head of the Africa, Asia, Oceania and Francophonie Department, DREIC, Ministry of National Education and Youth, France: Vocational Training.

HOMERe uses internship mobility as a tool to combat the skills gap that has been identified as one of the region’s main obstacles when it comes to hiring young people.  Despite their solid academic backgrounds, graduates often do not have the soft skills that potential employers are looking for, such as teamwork, problem-solving, leadership, etc. Through its extended network of high-level academic institutions on both sides of the Mediterranean (engineering and management schools as well as universities), HOMERe aims to attract transnational private companies that operate in the Mediterranean region and are searching for brilliant colleagues. The programme provides help in the identification, preparation and mentoring of appropriately qualified students, while the host companies commit to allocating a tutor to their interns and to pay them a nominal monthly allowance.

The Euro-Mediterranean Network for Economic Studies (EMNES) is a network of partners and associates research institutions and think tanks working on socio-economics in the Euro-Mediterranean. It is supported from 23 Universities and Research Institutions from Algeria, Belgium, Canada, Egypt, France, Germany, Greece, Italy, Jordan, Morocco, Palestine, Slovenia, Spain, Tunisia and Turkey. EMNES consists of a core team of 76 experts in all economic fields, including the members of the steering, associate and advisory committees, as well as, the main EMNES researches and fellows.

Sommet des deux rives (Summit of the Two Shores), is an initiative of the French Republic to strengthen ties between the two shores of the Mediterranean, which will be organized in June 2019 in Marseille, bringing the 5 + 5 countries together (Portugal Spain, France, Italy, Malta, Mauritania, Morocco, Algeria, Tunisia and Libya). The event will be hosted by the President of the French Republic, Emmanuel Macron. The Summit will consist of both a meeting of Heads of State and Government, and a regional dialogue with prominent civil society representatives. This initiative seeks to foster a pragmatic regional socio-political exchange in order to showcase and launch specific projects in the region.